Five Communities in the Assin Fosu Municipality of the Central Region can now breathe a sigh of relief after they were relieved of a decade burden of water scarcity.

A philanthropist who is also an NPP MP hopeful for Assin Central Constituency, Mr. Joseph Adjei-Banin, through the charity arm of the National Lottery Authority’s (NLA) Good Causes Foundation constructed a tap water to serve the beneficiary communities.

The communities include Mempe-Asem, Atonsu, Pumpside, Pensioners Camp, and Railway Station all in the Assin Fosu Municipality.

The residents expressing their joy,  indicated they were not only drinking from unwholesome sources which posed serious health risks to them but were also going through arduous times to search for portable drinking water.

They therefore thanked NLA and Mr. Joseph Adjei Banin for the gesture and also pledged their commitment to maintain the project.

Mr. Adjei Banin explained that “even though water is life and it is a basic necessity, it was a major challenge for the beneficiary communities”, which is why he appealed to NLA’s Good Causes Foundation to come to their aid.

Before this project, he had earlier embarked on a series of projects in the constituency including a donation of 170 Street lights to the Municipal Assembly to enhance the lighting system in the area.

He, therefore, called on other benevolent organizations and individuals to join hands to reach out to the underprivileged in society to help bridge the inequality gap.

The Project Coordinator for Good Causes Foundation, Madam Amma Frimpong noted that the project formed part of the foundation’s mandate to touch the lives of Ghanaians, especially those in deprived communities.

She used the opportunity to educate the public about the activities of fraudsters purporting to be workers.

Use "aeroplane" to campaign, if you dare not tar our roads - Chief jabs government 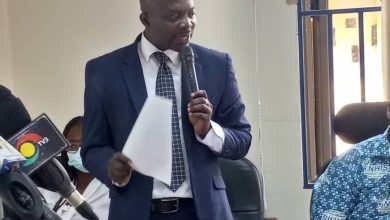 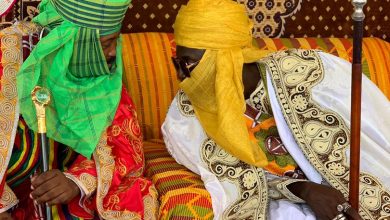